Villa Fiorita enjoys a prime location: at the doorstep of the Monferrato, a World Heritage Site, it is easily reached from Asti, just 10 kilometers away, and is less than an hour by car from Turin.

Nearby Asti, an ancient medieval city in the Piedmont province, offers treasures such as medieval monuments, ancient religious sites, prestigious palaces and splendid 19th century architecture perfectly integrated in a very active city which offers many events and where it is possible to taste the traditional wines and cuisine for which it is famous.

Among the most famous events of the area are the Palio di Asti and the Douja d’Or – the International select wine show, as well as oenogastronomical meetings.

For a vacation focused on relaxation and well-being, Villa Fiorita’s surroundings offer diverse bicycle and walking itineraries for you to get to know the hills of the exquisite Piedmont up close and to visit the cities and ancient medieval settlements which make this one of the richest and most fascinating areas of Piedmont.

You can engage in many sports in the area, from golf to horseback riding to hiking.

More information on the Monferrato and Asti areas can be found at www.astiturismo.it

More information on bicycle routes can be found at www.piemonteciclabile.com

What to do in and around

Sport
in Asti and Monferrato

Food and wine
the flavors of Asti 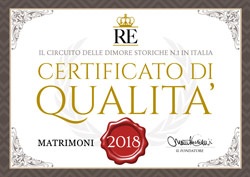